An Explanation of the History Behind the Gold Standard 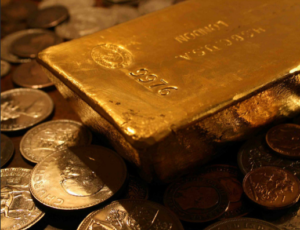 Gold coins dealers recognize that gold has been used as currency for thousands of years, but it wasn’t always the standard for the global economy. After all, different countries placed value on different items throughout history, from cowrie shells to rice. The gold standard, as we know it, came around long after the United States declared its independence from Britain.

What Is the Gold Standard?

The gold standard is the method used to give our paper money monetary value and to replace the need for banks to act as gold coins dealers. Under a gold standard, paper money is backed by a specific amount of gold that, under current market conditions, is worth the dollar amount on the bill. This allows the currency to maintain a set value, regardless of the condition of the economy.

When Was It Developed?

The gold standard became the primary system of currency in the United States in the mid-1800s as an attempt to help standardize transactions in the developing global trade market. Before the adoption of the gold standard, transactions involved the use of gold and silver bullion, which added to the physical burden for shop owners, traders, and buyers alike.

When the United States started printing paper money, it was seen as a major convenience. Rather than having to lug around heavy bags of coins or pieces of metal, the economy could rely on paper bank notes. These paper bank notes allowed the holder to exchange the note for the corresponding weight in gold from the government. While not currently circulating, gold and silver certificates are now considered collector items and can be quite valuable in some instances.

What Happened to the Standard?

At the same time, foreign countries became concerned with U.S. debt levels and the loose monetary policies of the Federal Reserve. As a result, they began to redeem gold from the Federal Reserve at an alarming rate. In order to prevent a complete collapse of the United States’ gold reserves, Nixon opted to close the gold window and put an end to the gold standard as we know it. With the cessation of the gold exchange, paper currency was no longer directly backed by gold. However, it did not eliminate the overall value of gold itself. In fact, the price of gold increased when it became free floating. To this day, gold coins dealers and collectors continue to buy and sell the valuable coinage.

Though gold no longer backs American currency, it is still valuable and easily purchased from the professional gold coins dealers at Atlanta Gold & Coin Buyers.