Are Certified Coins Worth The Expense? An Evaluation By Type of Coin

Are Certified Coins Worth The Expense? An Evaluation By Type of Coin

In general, we’re prone to wanting to have items certified. This especially applies to items of significant value, such as diamonds, autographs, and memorabilia. Having provenance, a chain of custody and verification as to the grade, authenticity and history of a piece can add significant value. Alternatively, not having proper documentation can greatly diminish the value of your item, if not make it near worthless. Continue reading to learn how having your coins certified coins can be a great investment or a potential waste of money.

With this in mind, we receive multiple daily requests from callers and customers asking to have their items certified. From the perspective of certified coins, this means professionally graded by a third-party grading service (TPGS). While many TPGS exist, the four most recognized and accepted are PCGS, NGC, ANACS and ICG. Of these four, PCGS and NGC stand above the crowd.

Bullion coins are modern government-issued coins intended for investment purposes. The two most popular bullion coins in the US are American gold eagles and American silver eagles. The US Mint produces hundreds of thousands of gold eagles and tens of millions of silver eagles annually.  These coins trade relatively close to their underlying precious metals value and by no means are rare. In most cases, the benefit derived from having these coins certified doesn’t justify the expense – at least for the general public. Coins that receive a grade of Mint State (MS) 69, which means that they’re in high-end uncirculated condition, but not perfect, sell at slightly higher prices than raw coins, with higher prices realized on coins that receive a perfect grade of MS70.

Depending on the coin and year produced, many modern eagle coins receive a 70 grade. As an example, since 2010, more than 50% of silver eagles submitted to PCGS have received a 70 grade.

The large number of recently produced silver eagles that have received a 70 grade doesn’t make these coins rare, by any means. That being said, our recommendation is to not incur the expense to have common date modern-issued silver eagles from the past decade submitted for certification.

Proof coins are interesting in that older type proof coins or specimen proof coins issued prior to 1933 can benefit substantially from being certified; especially if a “tweener” – that is, between two grades. However, the same doesn’t apply to modern proof coins unless they’re a rare, limited edition, or commemorative coin. 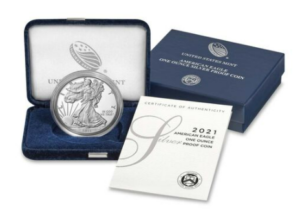 There are a couple of reasons for this. Firstly, the coins are presented in an attractive display case with a certificate of authenticity and box. This makes for an attractive presentation. Secondly, to be IRA-eligible, proof gold and silver eagles must include the original packaging.

Considering the above, most proof gold and silver eagles that receive a 69 rating, which is one step below perfect, sell for less than proof coins in their original government packaging (OGP). A 70 grade can elevate the value of a coin above the OGP price, but again, the market for these coins is more limited because of the IRA eligibility issue.

Exceptions to the rule do exist, such as with the 1995-W proof silver eagle. This coin was only available as part of a 1995 5-coin 10th-anniversary proof eagle set and was produced in a limited quantity of 30,000 coins. This coin is very common in a 69 grade, but relatively few exist in a 70 grade. As such, these coins go for north of $10,000.

Our conclusion is that in most instances, it doesn’t make sense to submit proof coins for certification. However, these are coins that you may consider purchasing from a coin dealer already certified; especially if you prefer certified over raw coins.

Different definitions of type coins exist, in that there are many different types of coins, but for our purposes, we’re going to limit our discussion to coins produced prior to 1916. These include Barber, Seated Liberty, Capped Bust, Draped Bust and Flowing Hair coins, not to mention Morgan and Peace silver dollars, as well as a few others. 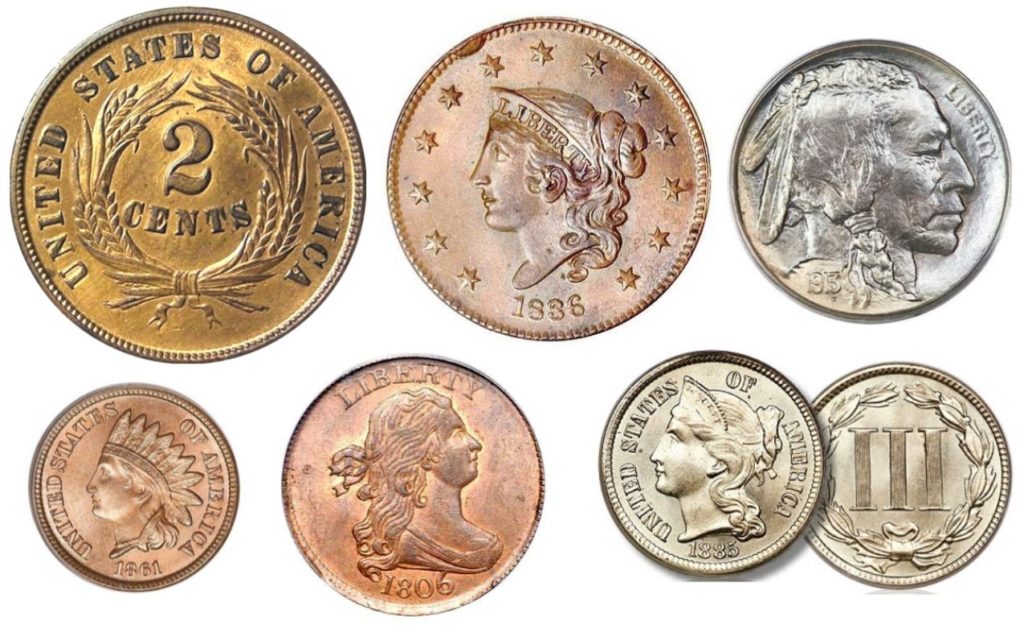 Included in the definition of type coins are obsolete coins, which are no longer produced and used in general circulation, such as Large Cents, Two Cent pieces, Three Cent Pieces, Half Dimes and Twenty Cent Pieces. These obsolete coins were typically produced in larger quantities, but certain mints in specific years produced fewer of these coins than others.

Most of the type coins that we see have moderate to heavy wear, which can substantially affect their value. While most type coins sell at a premium above their underlying metal value, it’s typically not worth the expense of having them certified. Of course, as with some of the other types of coins we covered, there are exceptions. These are typically coins produced in lower quantities, coins produced by the Carson City Mint and high-end condition coins (typically in Almost Circulated condition or better).

For example, four of the most popular collector coins in the industry are the 1909-s vdb Lincoln penny, the 1916-d Mercury dime, the 1932-d Washington quarter and the 1921 Walking Liberty half dollar. All these coins were produced in quantities of 100,000 or more coins; however, the mintage dwarfs the production level of their counterparts, which was in the millions, tens of millions, or even more.

Some of these coins will benefit from being professionally graded, but typically only if the grade or condition is high enough. Of the four coins mentioned above, the 1916-d is the coin most likely to benefit from being professionally graded. Most of these coins grade out in About Good condition, which is a lower grade. Values begin to increase significantly at the Very Good level or above.

Truly rare coins, on a standalone basis, are the most likely to benefit from being certified or professionally graded. Included in this category are most U.S. coins produced prior to 1800, especially in higher-end condition, and three of the lowest minted Morgan silver dollars, including the 1889-cc, the 1893-s and the 1895-p Morgan silver dollar. One reason is that many of these coins were melted or are counterfeited, so having a certified example helps to set the buyer’s mind at ease.

Our conclusion on rare coins is that there are a greater number of these coins that are worthy of certification than the other categories highlighted. As a coin dealer, we submit more rare coins to be certified than coins from any other category.

While the idea of having coins certified sounds appealing on the surface, one must weigh the cost of doing so. Additionally, there are shipping and insurance costs (both ways) and turnaround times to take into consideration.

Most bullion coins aren’t worth having certified. An exception can be made for some of the earlier-issued American silver eagles or for coins that have sentimental value, but for the most part, the benefit doesn’t justify the cost.

Many collectors and investors prefer proof coins in their original government packaging as opposed to being certified. Exceptions include coins that receive a 70 grade or extremely limited-edition proof coins in a high grade.

Type coins aren’t worthy of submission unless they’re lower mintage and or in higher-end condition. We shared with you our Rare Coin Guide to help determine when it may be worth having these coins graded.

Finally, rare coins are the most likely candidates for submission. These are coins that were produced in lower quantities or from mints that had a limited lifespan or production run. As a coin dealer, we submit more of these coins to be certified on an annual basis than all over categories combined.

Atlanta Gold & Coin Buyers has the knowledge and expertise to properly evaluate when coins should be submitted for certification. On an annual basis, we submit a fraction of one percent of coins that we purchase to be professionally graded, so it’s rare to come across coins worthy of submission, but we certainly do so. Contact us today to buy or sell certified coins to one of the most knowledgeable coin dealers in the industry.