The price of silver has exploded in recent years, and as such, so has the discussion of silver coins as a sound investment strategy. After global financial insecurity around 2008, more and more people are turning to precious metals to protect their wealth. Silver, which traded at around $4.50 a troy ounce a decade ago, is currently selling for over 5 times that much. That is even after prices dropped severely in June, hitting below $20 for the first time since 2010. 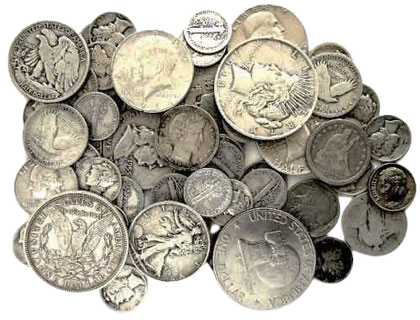 The demand for these coins is immense, and the mints that produce these coins are selling out of their stock quickly. But how do you know when selling silver coins makes sense, and for those not familiar with the trade of the items, how do you even do it?

When you invest in silver, you are essentially betting against paper currency; as the relative worth of the dollar decreases, the price of gold and silver increases. With worldwide economic stability still highly questionable, the prices of these metals should not only hold value, but continue to rise.

Silver prices are historically more volatile than gold, so it can be important to keep tabs on the relative value of silver versus gold. For instance, at the moment, the ratio is 58:1, which means that it takes 58 troy ounces of silver to equal the value of one ounce of gold.

Silver bullion coins have been minted in numerous countries starting in the 1980s. These coins are made of fine silver, and are generally used solely for investment and collecting purposes. These come in a variety of sizes, but the most popular weight is one troy ounce, and they can range in fineness. These coins are now either .999 or .9999 fine, since the UK changed their .958 Britannia coin to .999 this year. 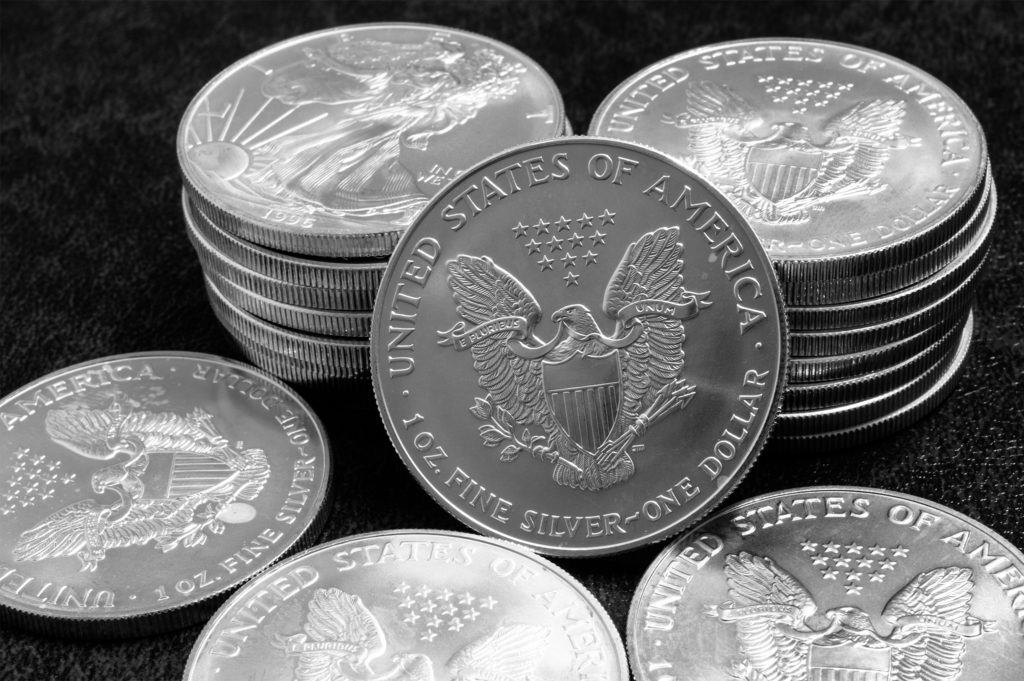 The American Silver Eagle, the US bullion coin, is currently shattering sales records. With the increase in silver pricing over the past few years, it is no surprise as to why.

The amount of silver within circulated coins varies depending on the coin and the year it was minted. For instance, the spike in the need for nickel during World War II led to the production of silver nickels from 1942-1945. These coins contain 35% silver. Not all coins were made with silver, but luckily, there are websites devoted to helping you figure out the content of your coins. A helpful website is www.coinflation.com, which provides live up to the minute price information on the silver value of most U.S. and Canadian silver coins.

Coins without numismatic value to collectors, but that contain silver, are generally referred to as “junk silver” coins. Up until 1964, U.S. coins contained 90% silver (with the exception of pennies and nickels). After that, the rising price of silver made it cost prohibitive to continue using silver in the mintage of coins for general circulation. Canada’s coins were made with 80% silver from 1920 until 1967, when for two years the country moved to a 50% Canadian dollar, and afterwards has been composed primarily of nickel.

For coins from the United Kingdom, coins minted before 1946 are generally the ones with silver. The content varies a bit more, but they tend to have a lower purity of silver than most US and Canadian coins.

Beyond the price of the metal itself, your coins might actually be worth more to a coin collector or coin dealer that deals in rare coins. Depending on the age and rarity of the pieces, the value might be significantly more than simply what the metal is worth. Therefore, with coins, you should always treat the price of silver as your minimum. You don’t want to be the person who sells in a rush and parts with a valuable item simply for the metal value.

A coin dealer can help you to identify your rare or low mintage silver coins. When selling a large collection, even a small difference per coin can make quite a difference in the amount you receive, so you should shop around in order to find the best rates; these rates depend on a variety of factors. Generally, coins that are worth more and are easier to sell will garner better rates. This is because coins of smaller value are seen so often, that they don’t tend to sell immediately.

Regardless, when selling silver coins, you can be sure to receive a decent amount for your coins, if only due to the intrinsic value of silver.