Buying or selling a $5 Indian Head gold coin may sound like a straightforward transaction. That is, it might if you don’t know much about these gold half-eagle coins. If you want to learn more about other pre-1933 U.S. minted coins, check out our Ultimate Guide o Buying & Selling Pre-1933 Gold Coins.

Knowing what you have can help you get a fair price for your coin and will help you to justify your selling price to a coin buyer. On the other hand, if you want to buy a pre-1933 gold coin such as this, you have to make sure you do your due diligence to receive a good value, which should help you realize a profit when the time comes to sell in the future.

Let’s start with a brief overview of this magnificent precious metal coin.

President Theodore Roosevelt had a complaint about U.S. coins. He felt that the coins were lacking in artistic quality. So, to please the president, the Mint hired Saint-Gaudens to create the beautiful design of the eagle and double eagle, which remains a favorite design today.

However, Roosevelt wanted more designs. So, instead of resizing the Saint-Gaudens design to use on the $5 and $2.50 denominations, the Mint found another designer for these smaller coins. 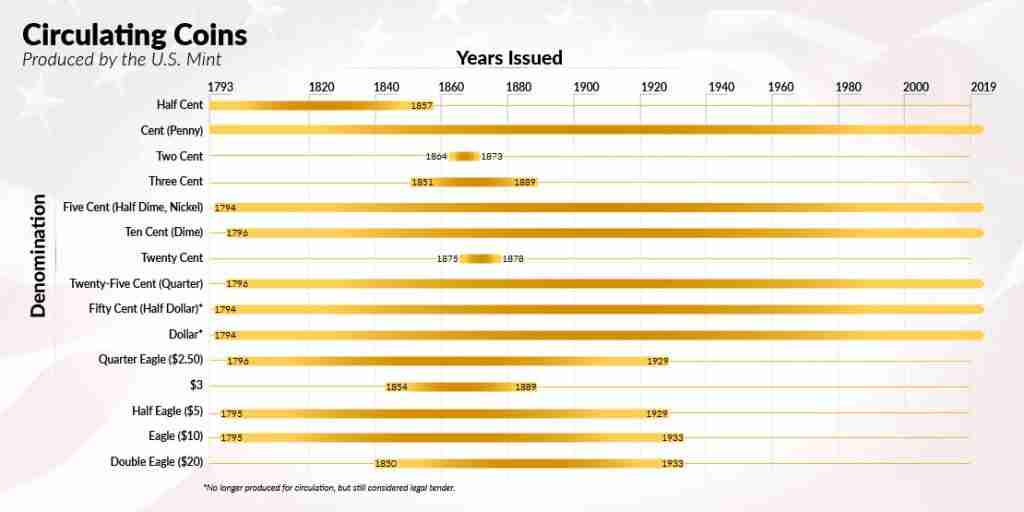 Once these coins were in production, they were used widely. However, in 1913, the Federal Reserve began issuing more banknotes, phasing out the quarter and half eagle.

By 1916, the circulation of the $5 Indian Head gold coin had dropped so drastically that the Mint stopped making them.

For one last year, in 1929, the coin made a brief comeback before being discontinued altogether. However, when the government made gold ownership illegal for a time, starting in 1933, many coins were melted. Therefore, though many were minted, fewer survived to today.

The idea of using the same design of the eagle and the double eagle for the half and quarter eagle remained alive until the Mint Director realized that the designs and inscriptions wouldn’t work on smaller coins. So Bela Lyon Pratt came up with a new coin design for the half and quarter eagles. The design was an incuse design, made by stamping the designs into the planchette to form a sunken image.

The obverse of the $5 Indian Head half eagles showed a head of a Native American facing left. On his head was an impressive headdress. The word “Liberty,” 13 stars, and the date are placed around the head. Above the date is a clear ” BLP ” inscription for Bela Lyon Pratt, the designer.

The standing eagle on the reverse of the $5 Indian Head gold coins has arrows beneath him and holds an olive branch in its left claw. To the left of the arrowhead, you can find the mintmark. Inscriptions read, “United States of America,” “E Pluribus Unum,” “In God We Trust,” and the denomination of “Five Dollars.”

A full set of the Indian Head half eagle coins would have 24 pieces by date and mintmark. Unfortunately, such a set can be challenging to assemble due to the rarity and value of some of the coins. This is typically only attempted by a dedicated collector or someone with a large coin collecting budget. However, these $5 gold coins are still highly sought after, not only for their fascinating design but also because so few survived in exceptional condition.

There are only two key date coins in the $5 Indian Head gold coin series. On the other hand, the relative rarity of this entire series makes most of them worth at least $1000 each, even in low grades. These two rarer coins are the 1909-O and all the 1929 half-eagle gold coins. If you find the right buyer, you can sell old and rare coins in this series for a significant sum. 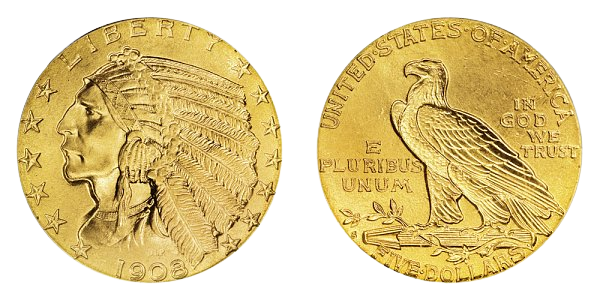 The 1908-S $5 Indian Head is one of the lower mintage years for the Denver mint. The 1908-D $5 gold coin makes the Key Date list due to a lower mintage of only 82,000 coins which makes this date and Mint location a coin that will be in lower supply than most other $5 Indian Head coins. 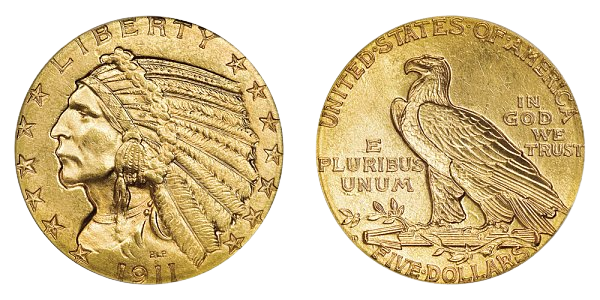 Even lower in mintage is going to be the 1911-D Indian Head coin. Only 72,500 of these coins were minted in Denver during 1911. This year and mintmark are especially valuable in the $2.50 Indian Head series, which we’ll discuss in a forthcoming article.

The rarest year/mint combination for $5 Indian Head gold coins is 1909-O. That year, there were only 34,200 coins struck at the New Orleans Mint. Watch the appearance of the coin, as many 1909-O coins that were in circulation have been cleaned. Most, in fact, are in lower grades.

There are two varieties of these 1909-O coins: 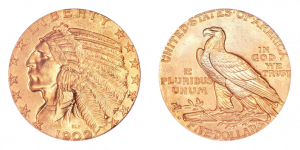 The mintage of the 1929 gold half-eagles was about 668,000. They were only minted in Philadelphia. 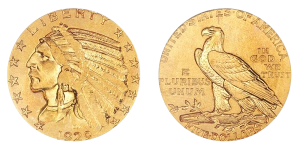 Yet, of these $5 Indian Head gold coins minted in 1929, only a few left the Mint. The ones remaining at the Mint were melted in 1933, after the president’s executive order.

Unfortunately, those who escaped the confiscation and/or melting are in poorer conditions. That said, these coins still hold a lot of value despite their lesser condition.

While the legal tender value of half eagles was originally five dollars, things have changed dramatically at that time. Few high-grade coins exist, so even the lower grades are worth substantial money. For example, circulated condition 1929 coins have values approaching $10,000, if not more, and 1909-O coins in high-end grades can realize similar values. At the time of this writing, even common date $5 Indian Head gold coins are trading a good deal above their gold value.

Of course, it is important to remember that the market is constantly changing. However, because no more of these coins will be made, chances are they will remain valuable. Therefore, beyond today’s value, these $5 Indian Head gold coins will likely go up in value over time, as many of the pre-1933 U.S. gold coins tend to do.

If some of them are lost or damaged, the rest might skyrocket.

Evaluating any gold or silver coin with numismatic properties you are preparing to buy or sell is an essential first step to getting the best deal. However, because the value of these coins is so dependent on their condition, it’s a good idea to take them to a knowledgeable coin dealer for further examination.

At Atlanta Gold & Coin Buyers, you can connect with experts in pre-1933 gold coins. We have many gold coins in our inventory and offer them at fair market prices. Our team includes appraisers as well, so you can be sure the coin is authentic and know its actual condition.

With a vast network of coin professionals, we can also find rare coins that you can purchase and add to your collection. So give us a call or contact us online when you are considering buying or selling gold and silver coins.

Tony Davis
PrevPreviousBuying or Selling a $5 Liberty Head Gold Half-Eagle? Research It for Best Results
NextHow to Know if You’ve Received a Fair Price for Your Coin CollectionNext