Does the Purity of a Gold Coin Affect Its Value? 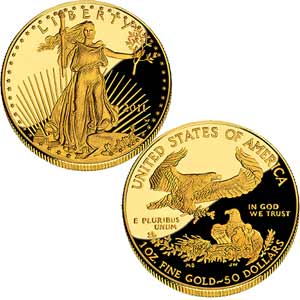 As gold coin dealers, we’re frequently asked if the purity of a gold coin affects its value.  While millions of government and privately minted gold coins consisting of various purities have been produced throughout the years, for the purposes of this article, we’re going to highlight some of the most common gold coins that we see in our day to day dealings.  We’ll address in order of purity the demand and value of some of the most recognizable gold coins beginning with 90% (21.6k) gold coins and working our way up to .999 fine, or 24k gold coins.  You might be surprised to find that there’s not necessarily a direct correlation between the coin’s purity and its value.

Prior to the issuance of South African gold krugerrands in 1967, the standard purity for gold coins was 90%.  Two of the most recognized and sought after gold coins by U.S. investors and collectors are the $20 Liberty Head gold coin and $20 St. Gaudens double eagle.  Both of these coins are 90% pure, and actually weigh in at a bit less than one troy ounce, with an actual gold weight of .9675 troy ounces.

From a global perspective, many of the most recognizable gold coins worldwide are 90% pure, including British gold sovereigns, Swiss gold francs and French gold francs.  Still to this day, the United States produces commemorative gold coins with 90% gold content.

In summary, there appears to be very little, if any, correlation between a coin’s value and its purity. Rather, the price is driven by familiarity and demand in the marketplace.  One’s goal should be to purchase coins that are not only recognizable, but that are also highly liquid in the event the need arises to sell gold coins in the future.  Some cultures and ethnicities place a high emphasis on the purity of gold, so if you happen to live in or around one of these areas, 24k gold coins may be in slightly higher demand.  Regardless of your personal preference, you can’t go wrong with any of the gold coin offerings that we’ve highlighted above.

3 Famous Coin Collections From Around the World