Don’t Sell these Silver Coins for their Silver Content 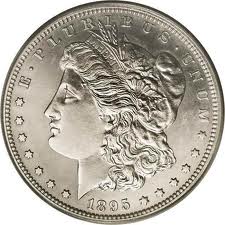 Image of a silver dollar

We regularly meet with customers who have a wide variety of silver coins, and without fail, one of the most frequently asked questions that we receive is if we buy coins for their silver value or their coin value. The answer is actually “yes” on both accounts, as some coins are more valuable due to the age, mintage and condition, while others are strictly traded for their silver content, which are commonly referred to as “junk silver” coins. If you’re new to selling silver coins, you may not be familiar with which coins should sell at a premium and which coins are merely traded for their silver value. In this article, we’re going to identify silver coins that you shouldn’t sell for their silver content and those that you should in hopes that you’ll make a well informed decision when the time comes to sell your coins.

The following coins should not be sold for strictly for their silver value unless otherwise noted:

In conclusion, we’ve highlighted a few silver coins that contain numismatic or collectible value above and beyond their underlying silver content, and a few that trade primarily for their silver content. When selling silver coins, you should always expect to receive a premium for Morgan and Peace dollars, as well as for type coins in average condition or better. Additionally, we noted four American silver eagles that typically sell at an additional premium as well as a few proof silver coins. We also discussed a few coins that generally trade for their underlying silver value, including 90% silver coins, common date American silver eagles, 40% half dollars and foreign-issued silver coins. We hope that the above information will help you to maximize your payout when the time comes to sell your silver coins.