Off time - no update Foreign Silver Coins: One of the Best Ways to Invest in Silver Bullion

Foreign Silver Coins: One of the Best Ways to Invest in Silver Bullion

Foreign Silver Coins: One of the Best Ways to Invest in Silver Bullion 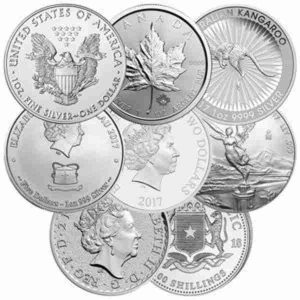 As more and more individuals enter the silver market for the first time, one of the most common questions we receive is “what is the best way to invest in silver bullion?”

This is a somewhat broad and open-ended question, as different individuals have various investment philosophies and needs, but a form of silver bullion that all silver coin investors should consider are foreign silver coins.

These coins are highly recognizable, and while not quite as liquid as 90% US silver coins, there’s still a market for these coins. In fact, we regularly buy coins from all of these countries as well as others.

Silver Bullion as an Investment 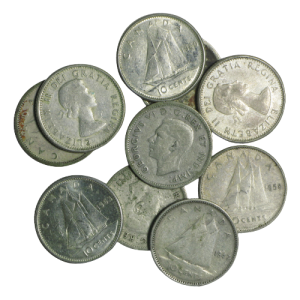 Since most silver bullion investors are familiar with the silver content of these coins, they have very little hesitation in buying these coins in bulk from foreign coin dealers. Canadian dimes and

quarters minted in 1966 and earlier as well as half dollars and silver dollars issued in 1967 and earlier contain 80% silver content, which is slightly less than the standard for U.S. junk silver coins, but is still a very acceptable purity of silver.

These coins minted from 1920 – 1946 contain 50% silver and are commonly seen in the U.S. Prior to 1920, Great Britain coins were sterling silver, which has a silver content of 92.5%. This is the highest purity of silver that you will find in foreign silver coins, with the exception of .999 fine sovereign or government-issued coins minted for investment purposes.

The percentage of silver in Mexican pesos minted from 1910 – 1914 was 90.3%. In 1918, the silver content of Mexican silver coins was reduced to 80%, and in general, the purity of silver continued to be debased until silver was completely removed from Mexican coinage after the mintage of 100 pesos in 1977.

The lowest percentage Mexican silver coins are 1 peso silver coins produced from 1957 – 1967. These coins only contain 10% silver content and are composed of approximately 1/20 oz of pure silver. 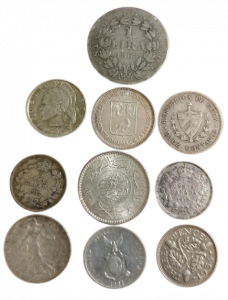 In addition to the above, we commonly see old silver coins from Germany, Spain, Italy and France, all of which contain various amounts of silver. There’s no hard and fast rule when it comes to the silver content of other foreign coins, but typically, coins produced in the 1940’s and earlier contain some percentage of silver.

Generally speaking, older foreign coins contain a higher silver content than more recent silver coins, as most countries have been debasing their coinage of silver for quite some time.

Give us a call today or reach out via our website to schedule an appointment today!