Off time - no update How Much Are Your Gold Coins Worth in Other Currencies?

How Much Are Your Gold Coins Worth in Other Currencies? 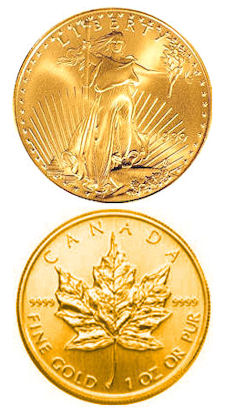 Individuals who closely follow the commodities markets, and in particular precious metals, are likely familiar with the current value of their gold at any point in time, whether it be in the form of gold coins, bullion, ETF’s, etc. This information is easily accessible from the London Fix or popular websites, such as kitco.com and goldprice.org. From the perspective of the dollar, the price of gold has been a relatively poor performer in recent years. However, 2016 has proven to be somewhat of a breakout year for the yellow metal. Even so, the price of gold, which is roughly $1,208 per ounce at the time of this writing, is still well below the highs of $1,900 an ounce set in August of 2011. As Americans, we have a somewhat myopic viewpoint of the value of gold. That’s primarily because we only tend to view gold from the perspective of our currency, which has outpaced most other major currencies in recent years. However, when viewed through the lens of other currencies, gold has actually performed quite well recently and has been in extremely high demand outside of the U.S.  In this article, we’ll share with you the performance of gold through the lens of three other major currencies and will provide a couple reasons why you might want to consider purchasing gold coins now.

We tend to think of Canada as being on par with the U.S. with respect to the strength of its economy and currency. In fact, it wasn’t long ago when the ratio of the U.S. dollar to the Canadian dollar was 1:1. However, many folks may not realize that the US dollar has strengthened relative to the Canadian dollar in recent years to the magnitude of 30% – 40%. As a result, individuals in Canada are seeing a devaluation of their currency and inflation on many of their imports, including fresh fruits and vegetables. This article from Zerohedge provides you with a glimpse of some of the outrageous prices Canadian citizens are currently paying for food. On the surface, it appears as though there’s nothing to combat the falling price of the Canadian dollar; however, that’s not necessarily the case. An investment in gold would have preserved one’s purchasing power. The price of gold, in Canadian dollars, is $1,651.49 at the time of this writing, which is roughly 37% higher than the price of gold in U.S. dollars. It’s no coincidence that the price of gold has tracked closely along with the value of the Canadian dollar in the foreign exchange markets. To prove this isn’t an anomaly, we’ll take a look at two other countries whose citizens have a strong propensity for gold.

Gold may be held in no higher regard than in India. Indian citizens have had a fascination with gold for thousands of years and are regularly one of the top two gold importing nations in the world. Presumably one reason why Indian citizens are attracted to gold is due to the monetary policies of the Indian government and the Reserve Bank of India. The rupee has been a relatively poor performing currency in recent years. So much so, that we’ve seen an astronomical rise in the price of gold since 2000, as measured in rupees. This chart shows the parabolic move in the price of gold over the past 16 years. Even at such inflated prices, India’s imports remained strong throughout 2015, as can be seen from the data available from the World Gold Council’s website.

While gold is highly valued in the Indian culture, you may be surprised to learn that China has recently surpassed India as the largest importing nation of gold. Additionally, according to this CNN Money article, China is also now the world’s largest producer of gold. However, the renminbi, China’s currency, has been intentionally debased and has weakened versus other major currencies in recent years. This is likely due in part to the excessive debt the nation has amassed, the loose monetary policies of the Bank of China, and the Chinese government’s direct involvement in their financial markets. Not surprisingly, the price of gold in renminbi has increased substantially in recent years, and coincidentally began its ascent around the same time we began to see the price of gold in rupees accelerate. With the recent slowdown in China, expect for the government and the Bank of China to pull out all of the stops, which should further devalue the currency and result in higher gold prices.

We’ve given you three examples of how the price of gold has fared in the world’s currency markets. Granted, the value of all three currencies that we highlighted have dropped in recent years relative to the dollar. However, the currency markets are cyclical, much like the economy, and there’s no guarantee that the dollar will continue to reign supreme in the currency exchange markets. In fact, there’s been quite a bit of rumbling as of late regarding a potential negative interest rate policy (NIRP) in the United States. There appears to be some question as to if the Federal Reserve can legally pursue a NIRP, but they’ll likely find a way to do so if this is their goal.   If implemented, a NIRP will have a negative impact on the strength of the dollar. This in turn will likely push gold prices higher, as measured in dollars. Not only will this affect the value of the dollar, but it could be the beginning of a full blown currency war and race to the bottom, in which case the price of gold (and for that matter silver) will skyrocket relative to all major world currencies.

In conclusion, we’ve highlighted the importance of viewing the price of gold through the world currency markets and have shared with you three examples of its strong performance in recent years. While the dollar has had a strong run recently against other major world currencies, the currency markets tend to ebb and flow, so we wouldn’t be surprised to see the dollar weaken in due time. This may be exacerbated by the pursuit of a NIRP by the Federal Reserve. The next time someone asks you the price of your gold coin, remember to ask in which currency!