How Will Gold & Silver Coins Be Used Following a Monetary Collapse 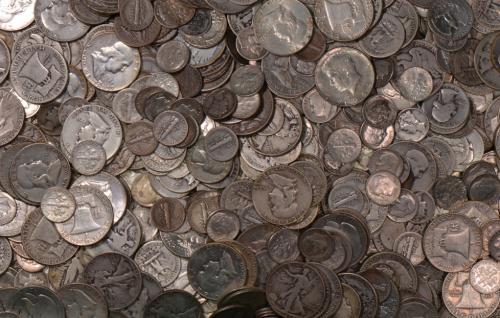 Individuals choose to purchase gold & silver coins for a variety of reasons, including as an investment, a hedge against inflation and for protection against financial and economic crises. However, one of their primary concerns is protecting against a potential collapse of the dollar. Considering that most major currencies are being devalued in an attempt to stimulate economic growth, there’s the possibility that citizens will lose faith in the currencies, which has recently happened in countries such as Venezuela, Argentina and Zimbabwe. The dollar, which is still the world’s reserve currency, has often been seen as a safe haven until currencies are reestablished. However, if the dollar collapses, there may be few currencies, if any, to turn to prior to a new currency being established. This is one reason why individuals purchase gold and silver coins, but from a practical standpoint, how will they be used following a currency collapse? In this article, we’ll discuss four ways in which gold and silver coins may be used to barter or conduct commerce.

Historically, currencies haven’t collapsed overnight. Once holders of currencies begin to lose faith in the currencies, they’ll attempt to exchange the currencies for tangible goods or other items that may be in high demand. This means that, at least for a time, you may be able to exchange your gold and silver coins for dollars to purchase goods and services, as needed. Even under a hyperinflation scenario, most currencies don’t lose a substantial amount of value in a single day. Possible gold and silver exchange facilities include coin dealers, pawn shops, jewelry stores and “we buy gold” stores; however, other types of gold and silver exchanges may open to meet demand. Exchanges are not as likely to be a viable option under an extreme hyperinflation scenario, as everyone will look to purge themselves of dollars.

While we don’t know for certain what would be used for bartering following the collapse of the dollar, it’s safe to say that gold and silver coins, which have been used as money for thousands of years, are one of the most likely candidates. We would expect that market values for gold and silver will still be published and made available to the population so that the exchange of goods and services can be adjusted on a daily basis. Individuals that purchase gold and silver coins for the purposes of bartering tend to prefer junk silver, or pre-1965 90% silver dimes, quarters and half dollars, as they’re U.S. currency and are issued in smaller denominations, which makes them easier to trade. Additional coins that are popular for bartering purposes include American gold and silver eagles, most government issued coins, as well as silver rounds and bars from recognized manufacturers. We recommend staying away from obscure gold and silver coins as well as unmarked silver bars and rounds, as they likely would be less recognized and liquid than the previously mentioned items. In the near future, we’ll share with you our thoughts on some of the most popular gold and silver options and our opinion on each from a bartering perspective.

It’s safe to say that gold and silver coins will be in demand in some form or fashion following a monetary collapse. In the event that they’re not used for general commerce, can’t be traded out at a gold and silver exchange facility or for some reason aren’t widely accepted as the medium of exchange for bartering purposes, they would likely be used in underground or black markets. These type of markets tend to develop when there are widespread shortages of goods, which are essential for daily living. As we’ve recently read, most stores in Venezuela are out of essentials, such as toilet paper. However, most Venezuelans are likely aware of an underground market where they can purchase these items at a premium. It’s likely that these underground markets won’t accept the currency that is in the process of collapsing, making gold and silver coins a likely candidate for these types of transactions.