Is it All Doom and Gloom for Gold? 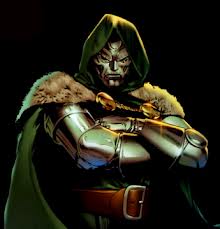 Nouriel Roubini, who is known in the financial industry as “Dr. Doom,” was recently the keynote speaker at the IndexUniverse’s annual conference.  He shared with the attendees his forecast of various asset classes, including gold, which were published in a recent MarketWatch piece. Dr. Roubini is bearish on the future direction of most commodities, including gold, and gave several reasons for his prediction. We’ll explore the various reasons below to determine if we should give credence to Roubini’s statements.

Roubini pointed to reduced tail risks for the global economy as one reason for his bearish outlook on gold.  Contrary to Roubini’s statements, tail risks continue to be a concern.  Most of the Southern portion of Europe is in a recession, or possibly in a depression.  Additionally, the central banks of all developed nations are implementing loose monetary policies in an effort to boost growth and reduce unemployment.  However, this appears to be having little impact on most major economies, as the rate of growth remains tepid or is stalling throughout the globe, even in the BRIC economies of Brazil, Russia, India and China.  The banking crisis in Cyprus is still fresh in people’s minds, and the balance sheets of most major banks are in shambles, so the idea of gold as a potential safe haven in response to future potential crises appears to be alive and well.

In addition to reduced tail risks, Roubini is of the opinion that a strengthening dollar will likely have a negative effect on the price of gold.  Considering that the U.S. has debt levels that exceed the nation’s annual GDP, our annual deficits are still just south of $1 trillion a year, and the Federal Reserve is currently printing money at an astounding rate of $1 trillion a year, the idea of a strengthening dollar appears to be a bit naïve.  Of course, on the other hand, it’s all relative, as the dollar is valued against other major currencies.  Considering that most other major nations are adding to their monetary base, the dollar isn’t likely to substantially drop against other major currencies in the near future; however, it’s highly unlikely that we’ll see a strengthening of the dollar in the currency markets.

Roubini pointed out that a byproduct of a strengthening dollar is an increase in real interest rates, which is likely to suppress the price of gold.  He believes that tapering of the Federal Reserve’s $85 billion a month bond buying program will help to strengthen the dollar; however, to date, the Federal Reserve has continued to stay the course.  If they maintain their current policy until they reach their stated goals of a 6.5% unemployment rate or a 2.5% inflation rate, we’ll likely see the Fed continue its loose monetary policies well into 2014, if not later.  A more likely scenario is an increase in interest rates due to the selling of treasuries by foreign bond holders who have lost faith in the U.S. dollar.

While Roubini’s recent comments regarding a bearish outlook on gold certainly made the headlines, his supporting arguments don’t appear to hold up under scrutiny.  It appears as though tail risks continue to remain strong, considering that the balance sheets of most major banks remain weak.  Furthermore, the idea of a strengthening dollar seems a bit far fetched in light of the reasons provided above.  Lastly, while real interest rates may rise, it will likely be due to a loss of confidence in the Treasury as opposed to a strengthening dollar and an improved economy.