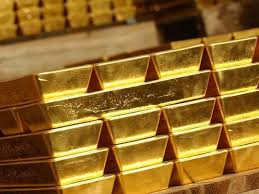 The Islamic State of Iraq and Syria (ISIS) has made some impressive headway in just a few short weeks.  Over that time, they have taken control of Mosul, the second largest city in Iraq, Fallujah, and are in the process of attempting to overtake a refinery in Northern Iraq, which is a mere 40 miles from the capital of Baghdad.  They are simultaneously involved in the civil war in Syria and are not only building in strength and numbers, but are also well capitalized.  Thus far, the U.S. has limited its intervention, but we’re providing support in the form of supplies and weapons.  Additionally, the situation is becoming so dire that we’re in talks with Iran to provide military support; the same country against which we levied economic sanctions just a few months ago.  The current situation, along with the possibility of contagion in the Middle East may be the catalyst that the gold and silver markets have been waiting for.

As Chris Martenson from Peakprosperity.com recently reported, the situation in Iraq could greatly reduce oil production, potentially sending oil prices north of $200 a barrel.  This is because Iraq is one of the largest oil producers in the region, and has almost singlehandedly made up for declining production in eight out of the twelve OPEC members, with an increase in production from 1.75 million barrels per day (mbd) to 3.25 mbd over the past nine years.  A disruption in oil production as a result of ISIS taking control of oil refineries or the threat of them doing so could drastically impact oil prices; at least until or unless the other OPEC countries can increase production to make up for the shortfall.  Considering the declining oil production in most other OPEC countries, Saudi Arabia would likely be asked to make up for the shortfall of oil production in the region.  However, it’s questionable as to if they have the current capacity to drastically increase production from current levels.

Approximately 35% of the world’s oil flows through the Strait of Hormuz, which could potentially be compromised as a result of Iran’s participation in the Iraqi conflict.  Martenson points to a worst case scenario if there’s contagion in the region and the Middle East’s Shiites in Iran battle against the Sunnis in Saudi Arabia.  This scenario could severely limit or halt transportation through the Strait of Hormuz, which is 21 miles wide at its narrowest point.  While this is an unlikely scenario, it could cripple the global markets, resulting in a worldwide recession.  Below is a map showing the strategic location and significance of the Strait of Hormuz.

Correlation of Oil and Gold

Thus far, our focus has been on oil prices, including reduced production and potential transportation issues through the Strait of Hormuz, but how does that affect gold prices?  Historically, there has been a high correlation between the price of gold and oil.  This is due to many commodities being highly correlated, but may also be due to the fear of a recession or geopolitical conflict, which typically accompany skyrocketing oil prices.  Historically, gold and silver have been safe havens during economic and geopolitical uncertainty.  Below is a graph which shows the historical correlation between gold and oil:

It’s not unreasonable to assume that gold prices will increase at the same rate as oil prices, and as is typically the case, silver will likely follow in gold’s path.  In fact, just this morning, an unknown investor purchased half a billion dollars of gold futures.  This very well may be in anticipation of much higher gold prices in the near future due to the Iraqi conflict, continued fighting between Ukraine and Russia, or both.

In conclusion, ISIS’ continued efforts to take over and control major cities in Iraq, with Baghdad as their ultimate goal, could limit oil production, causing oil prices to skyrocket.  Furthermore, contagion could spread in the region between the Sunnis and Shiites, which could also affect oil transportation through the Strait of Hormuz.  At the moment, we’re seeing a move toward gold and silver as a safe haven investment, which is causing both markets to rise, but in a worst case scenario, we could see both metals reach new all-time highs in relatively short order.