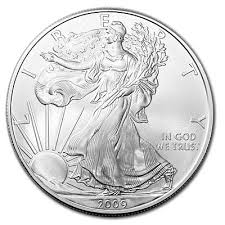 One of the many subscription choices that we provide to our customers and prospective customers is an “Ask the Expert” feature.  We encourage our customers to ask us any coin or bullion-related questions that they may have, and a question that came in earlier today is if silver is going to go up to $100 an ounce over the next five to ten years.  A secondary question is if the customer should continue to buy silver coins.  As a coin dealer, we’re of course partial to silver bullion, but we believe that the future prospects for silver are positive and wanted to share with our readers some reasons why we believe that the price of silver is likely to climb from its current levels.

As with any other commodity, the price of silver is driven by supply and demand.  At the moment, the price of silver is at or below the price of production for many mining companies.  As a result, unprofitable mines are being closed, which will have an impact on new supply coming to market.  When new supplies are reduced, the shortage needs to be made up from other sources, such as scrap silver or the refining industry.  However, many refiners are struggling in the current market due to depressed prices, so unfortunately the refining business is unlikely to make up for the shortfall from reduced mine production.

Demand for silver bullion continues to remain incredibly strong, which can be seen in part due to record setting levels of American silver eagle sales in 2013.  In fact, as stated in the following article from goldandsilverblog.com, sales through October of this year total slightly over 39 million ounces, which is only approximately 700,000 ounces short of the all-time record set in 2011 of 39,868,500 ounces.  In fact, if sales of silver eagles remain at their current pace, they may eclipse the 45 million mark, which is approximately 13% higher than the record set in 2011.

Foreign demand for silver has been unprecedented, as the Chinese government is now allowing its citizens to purchase silver bullion, and in fact, is encouraging their citizens to do so.  All the while, the Chinese government is aggressively purchasing gold bullion while prohibiting the exporting of gold.  Another example is the massive amount of silver buying by Indian citizens.  While silver is taxed at the same import tax as gold, and has recently increased from 6% to 10%, the price of silver is substantially less than gold, so a 10% levy thus far has not slowed demand in Asia.

The topic of silver’s industrial use has been covered ad nauseum, so we’re not going to spend a lot of time on this topic, other than to say that the use of silver continues to expand into many different industries.  Most folks are already aware of the use of silver in photography and electronic devices, but it is also being used for its antimicrobial properties.  Because of this use, the medical and clothing industries are constantly finding new ways to incorporate silver into their products.  These are just a few of the many uses of silver, and expect for there to be new found industrial uses for silver in the years to come.

While it’s not our intent to sound like a financial advisor, we commonly discuss with customers why they’re purchasing silver coins.  The most common reasons provided are that they’re concerned about the level of monetary easing by the Federal Reserve, our Federal debt, record high annual deficits as well as concern about high future inflation rates.  The balance sheet of the Federal Reserve is nearly $4 trillion, which is the highest in the Fed’s existence.  Our Federal debt is over $17 trillion, which is also a record, and while our 2012 – 2013 annual deficit was below $1 trillion for the first time in a few years, $680 billion is nothing to sneeze at.  While inflation rates have remained relatively tame since the Great Recession, this is likely to change if banks ramp up their levels of lending.

In summary, while we don’t have a crystal ball, we believe that there are at least five reasons why the price of silver is likely to be substantially higher in five to ten years.  If supply continues to be restrained, this will continue to put upward pressure on the price of silver.  Additionally, domestic and foreign demand for silver bullion is at all time highs, and there’s no sign of this waning.  While we don’t know what future industrial uses for silver are on the horizon, it’s likely that the use of silver from an industrial perspective is likely to increase.  Lastly, it’s important to periodically evaluate the fundamental factors for buying silver coins, and if the fundamentals haven’t changed, or have possibly worsened, a case can be made to continue to add to your silver bullion holdings.