There’s More to the American Gold Eagle Than Meets the Eye: Find Out Why

There’s More to the American Gold Eagle Than Meets the Eye: Find Out Why 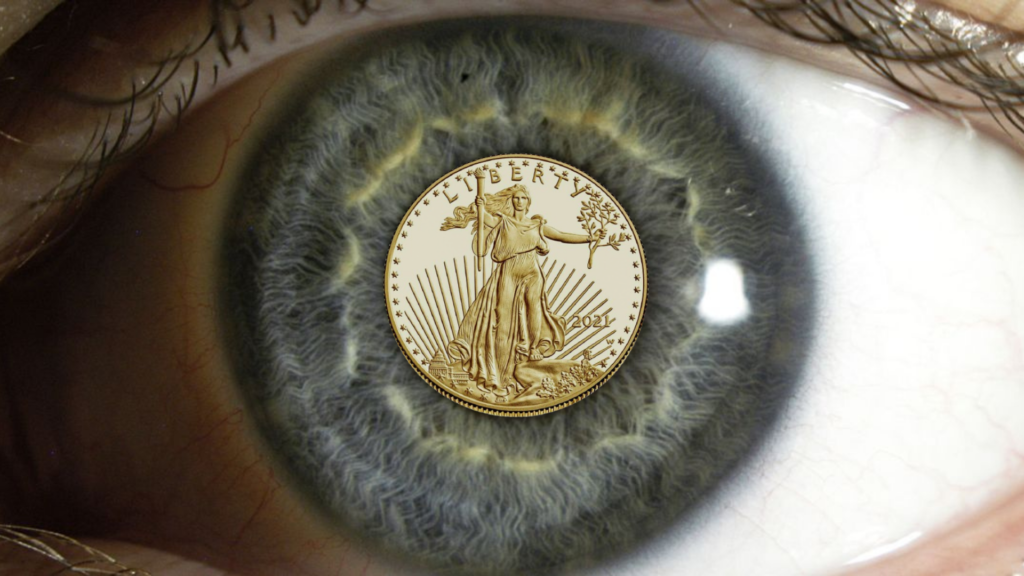 If you’re like most folks, when you look at an American Gold Eagle, you might be impressed with its design, popularity and 35-year history. Other than viewing it as a U.S. minted one ounce gold bullion coin, you may have not given much thought to the some of the aspects that make this coin unique.

The purpose of this article is to share with you some aspects of the coin that you may not be familiar with or that you have long since forgotten. Without further ado, below are some unique characteristics and facts on the most popular gold coin in the U.S.

Not all American Eagle gold coins look the same.

The design of the American Gold Eagle has changed since it was first introduced.

The obverse design has always featured the Augustus Saint-Gaudens design of Lady Liberty. This design, considered one of the most beautiful coin designs ever, was first created for the Double Eagle minted from 1907 to 1933. 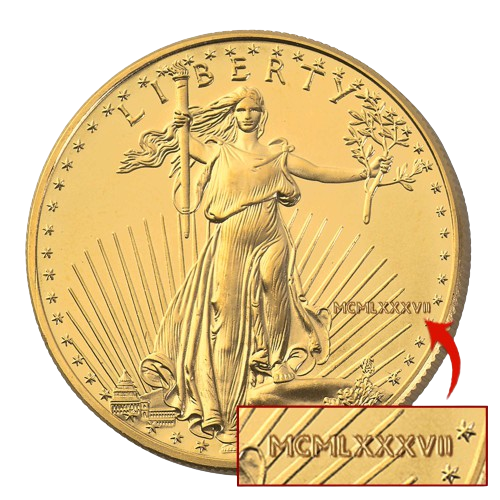 The front or the obverse of the coin has not changed considerably, except for one minor detail. From 1986 to 1991, the date was struck in Roman numerals. From 1992 forward, the design used Arabic numerals instead. In both cases, the coins include a mint mark on the obverse, below the date.

The reverse, however, underwent a major design change in mid-2021. From 1986 to 2021, the reverse featured the Miley Busiek design of an eagle carrying an olive branch, apparently returning to a nest where another adult eagle and her young await. The reverse was redesigned in 2021 when Busiek’s design was replaced with a side profile of an eagle created by Jennie Norris.

When someone tells you they have a gold eagle coin, the next question you should ask is, “which kind?”

Aside from the Saint-Gaudens Double Eagle mentioned above, there was another Eagle gold coin issued prior to the current coin program. The first American gold coins issued in 1795 were $10 coins and are referred to as “eagles.”

All US $10 gold coins issued up until 1933 are referred to as eagle coins. Because of their age, they tend to have some collectible value; especially in high end condition. At the time of this writing, the $10 Indian Head gold coin is especially popular.

The newer Eagles, struck from 1986 on, are also called an American Gold Eagle, but a well-informed seller will know there’s a different way to refer to this coin. Typically, it is described using its weight. This eliminates the confusion since the newer coins come in several sizes, including 1 oz, 1/2 oz, 1/4 oz, and 1/10 oz. So, if someone answers, “It’s a 1 oz Gold Eagle or $50 gold coin,” you know it’s the newer coin.

You can’t order an American Gold Eagle bullion coin directly from the mint.

American gold eagle coins are legal tender, and it must be accepted for debts by law. However, we recommend that you don’t use your gold eagles for their face value. This coin has too much intrinsic value to consider using it as legal tender, even in the direst of circumstances. In a worst case scenario, you can always sell it to a pawn shop for at least 50% of the spot price of gold.

It’s important to remember that the real value of your American Gold Eagle is so much more! This 22 karat gold coin contains one troy ounce of fine gold. It is composed of 91.67% gold plus silver and copper to round out the total weight and provide added durability.

Based on the price of gold, this coin is worth many times its face value. In recent years, the spot price of this precious metal has remained at over $1,000 per troy ounce. In fact, the current price to mine gold is estimated to be in the $1,000 range, which in effect creates a bit of a floor.

Gold Eagles have only been produced at one Mint

While American silver eagles have been produced at multiple mints, including the Philadelphia, San Francisco and West Point Mints, American gold eagles are produced exclusively at the West Point Mint. This includes the standard bullion, burnished and proof examples.

This differs from most other U.S. issued coins, which historically have been produced at the Philadelphia, Denver and San Francisco Mints.

As we noted above, several varieties or types of American gold eagles exist. We made mention of the proof and bullion gold eagles, both of which have been produced in consecutive years since they were first introduced in 1986.

Two other versions of the proof gold eagle have been minted, including a reverse gold proof in 2006 and a World War II 75th anniversary proof gold eagle, which has a “75” privy

The American Gold Eagle has been counterfeited more than any other gold bullion coin.

Imagine you were a counterfeiter and wanted to fake a gold coin. In this case, which coin would you choose? You’d likely go for a coin that was extremely popular and had great brand recognition.

The Gold American Eagle is certainly that. Many investors and collectors around the world prefer these gold coins above all others. What’s more, they have been top sellers since they were introduced in 1986.

Considering their popularity and value, it’s no wonder that 41.2% of coin dealers in the United States have been approached by customers wanting to sell them counterfeit Gold American Eagle coins. To be fair, many of these would-be sellers honestly believe that their coin is genuine. Often, they’ve bought the coin from a disreputable online dealer, off of eBay, Craigslist, or Facebook or at a flea market without realizing their mistake. They just thought that they got a good deal, well below the market value.

On the other hand, some people know the coins are fake and approach coin dealers, attempting to make a large sale. However, a knowledgeable coin dealer won’t be fooled by a replica or counterfeit gold eagle.

In fact, a large percentage of reputable coin dealers have taken counterfeit detection classes, use electronic testers and have other coin verification tools and devices at their disposal. In a worst-case scenario, a gold coin dealer can submit the coin to a third-party coin grading service to settle any question of authenticity.

The Gold American Eagle is one of the most beautiful, beloved gold coins in the world. Just as important, it has the high intrinsic value of its precious metal content. Adding these coins to your physical holdings or precious metals IRA allows you to build and diversify your investment portfolio. However, one thing you want to be sure of is that you buy and sell Gold American Eagles with a reputable gold dealer.

At Atlanta Gold & Coin Buyers, we provide fair and competitive prices and explain how and why we arrived at our coin values. Along with our transparent pricing, we offer exceptional customer service. Furthermore, if you have any questions about Eagles, we are happy to help you get the answers you seek. Dedicated to your satisfaction, Atlanta Gold & Coin is here to serve you.