The past year and a half has been unprecedented in US history. Never before has a virus resulted in shelter in place orders and a shutdown of the economy. This “new normal” has caused many people to reevaluate their investments and financial holdings. As you may already know, the price of gold and other precious metals has been affected as well.

In the search for financial stability, many have turned to precious metals, such as gold and silver. However, if you’ve never traded in these precious metals, it’s important to have a general sense as to what affects the value of these assets. Understanding the basics will help to improve your chances of success when you buy gold and silver and will reduce the chances of making an emotional decision by selling at the wrong time if prices unexpectedly drop in value.

Read on to learn five factors that affect the spot price of gold and silver.

Supply and demand is a basic economic concept that affects all aspects of the economy and gold and silver prices are no exception.

The concept of supply and demand works as follows: the lower the supply for something (in this case, gold and silver), the higher the demand. Once something is considered rare or scarce, the desire for it from consumers tends to increase. As such, in this specific case, the more that demand for gold and silver increases, the higher the expected price, barring an unexpected increase in supply.

Conversely if somehow the supply of gold and silver in the world unexpectedly increased (a new large deposit, ocean floor drilling, asteroid mining, etc.), the price per troy ounce for gold and the price per ounce of silver would decrease. The same concept applies to platinum price and palladium prices.

As of 2019, 197,576 tonnes of gold have been mined. In other words, this is the amount of gold estimated to be above ground. Annual new production is approximately 2,500 – 3,000 tonnes but is expected to decrease in the future. 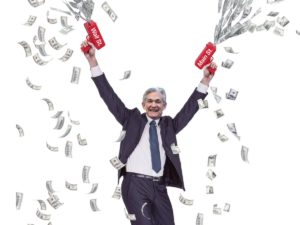 Even if we use the high end of the estimate, the annual increase in the supply of gold has been 1.5% or less. The limited amount of new supply should help to keep demand strong for the foreseeable future.

Inflation is another factor that affects gold and silver prices, which is one of the primary reasons individuals invest in gold and silver. To boil it down into simple terms, inflation means that $1 today is worth more than $1 in the future. This is evident throughout society, as goods and services tend to increase year over year.

For example, for those individuals that grew up in the 1980s, you may recall that a pack of gum or baseball cards cost roughly twenty-five cents. These same items today run $1 – $2, if not higher. As famously quoted by Milton Friedman, “Inflation is always and everywhere a monetary phenomenon.“

While inflation has been relatively tame in recent years, averaging in the 2% – 3% range, it is currently on the rise and has drastic long-term negative effects on one’s wealth. To put things into perspective, the U.S. dollar has lost approximately 96% of its value since the Federal Reserve was established in 1913.

When it comes to changes in the rate of inflation, gold and silver historically have acted as one of the most effective ways to hedge against this “hidden tax.” Because of the rarity and desirability of precious metals such as gold and silver, especially in the midst of high levels of debt and monetization of the debt by central banks, acquiring precious metals helps to preserve one’s wealth.

The most recent example of uncertainty affecting precious metals prices is Covid-19. The price of gold and 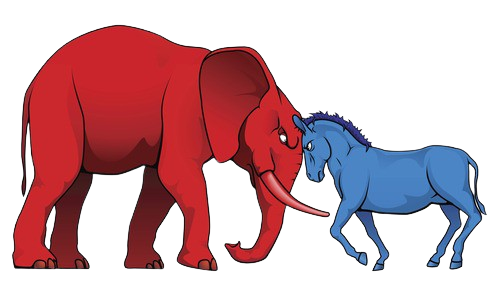 silver increased 34% and 69%, respectively, from March of 2020 to August 2020. This was due in large part to the uncertainty with the virus and the closing of the U.S. economy.

Gold and silver prices have also increased over the years during the threat of war and from other geopolitical risks. Of note, gold and silver prices tend to spike when foreign relations with other superpowers deteriorate, such as Russia and China. They’ve also performed well when the threat of war has increased, such as what we’ve experienced over the past couple of years with Iran and North Korea.

Gold and silver prices aren’t the only prices affected by geopolitical issues.  If you’ll recall a few years back, South African miners were on strike. Considering that South Africa is the world’s leading producer of platinum, with over 80% of the world’s platinum reserves, the strike resulted in supply strains and increased prices.

With all else being equal, in times of global stability, the demand for precious metals decreases, which can lower the price. However, keep in mind that the geopolitical climate and uncertainty are just one factor that affects the price of gold and silver.

Central banks are institutions that control the credit and money supply of a country. All countries that issue their own currency have central banks. In the United States, the central bank is referred to as the Federal Reserve, which is a private institution established in 1913. 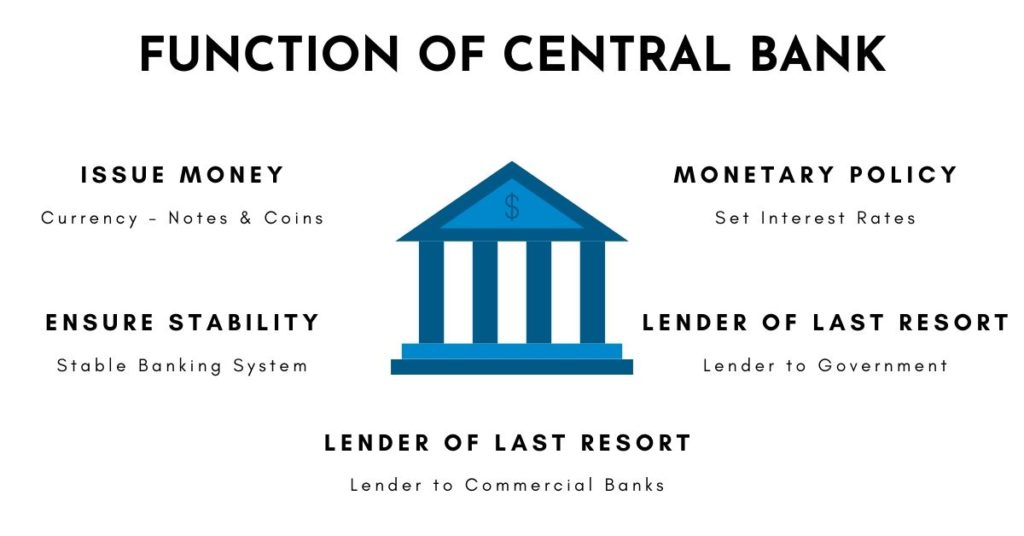 The foundations of the Federal Reserve were established in 1910 at a private meeting at Jekyll Island. Other commonly referenced central banks in the financial media are the Bank of Japan, The European Central Bank and the People’s Bank of China.

Since most of our readers are in the United States, we’re going to focus primarily on the Federal Reserve.  The Federal Reserve has an established dual mandate, which is to maintain price stability and to maximize employment. This dual mandate can be challenging to meet – especially if inflation is rising with less than full employment.

Since central banks control the monetary policy of the country, their actions or lack thereof can have a substantial impact on the value of gold and silver. For example, the Federal Reserve increased its balance sheet from approximately $4.2 trillion in March of 2020 to nearly $8.5 trillion in October of 2021. Over this same time period, the price of gold and silver has increased by 12.5% and 35%, respectively.

While central bank monetary policy can affect the price of gold and silver, direct purchases by central banks can also affect their value. While all currencies are currently fiat currencies, there’s perceived security associated with a central bank’s gold reserve holdings. As of this writing, the United States has the world’s largest gold holdings. While our holdings have been relatively stable for years, other countries have been adding to their gold reserves.

In recent years, China and Russia have reduced their U.S. Treasury holdings and have increased their gold bullion reserves. Not surprisingly, Russia and China’s central banks are among the top 10 holders of gold reserves. While China’s official holdings are approximately 2,000 tons, many speculate that China’s gold holdings could be twice as much, if not more, of their official reported holdings.

Gold purchases by central banks establish somewhat of a floor for gold prices. While most central banks are currently maintaining or adding to their gold position, in the past, there have been instances of the sale of large gold holdings.  The most notable example is the sale of the UK’s gold holdings by Gordon Brown from 1999 – 2002. England’s Gordon Brown was famous, or possibly infamous for selling most of England’s gold reserves when gold prices were near a low of $250/oz.

STRENGTH OF THE US DOLLAR

The strength of the US dollar, or lack thereof, has a direct bearing on the price of gold and silver; although, the two don’t move in lockstep. Rather, it’s an inverse relationship.

This is because when the dollar falls, it increases the value of foreign currencies, thus increasing the demand for gold and silver and subsequently the price. This is also consistent with other currencies. When they drop in value, individuals search for alternative investments, of which gold and silver are oftentimes recipients. 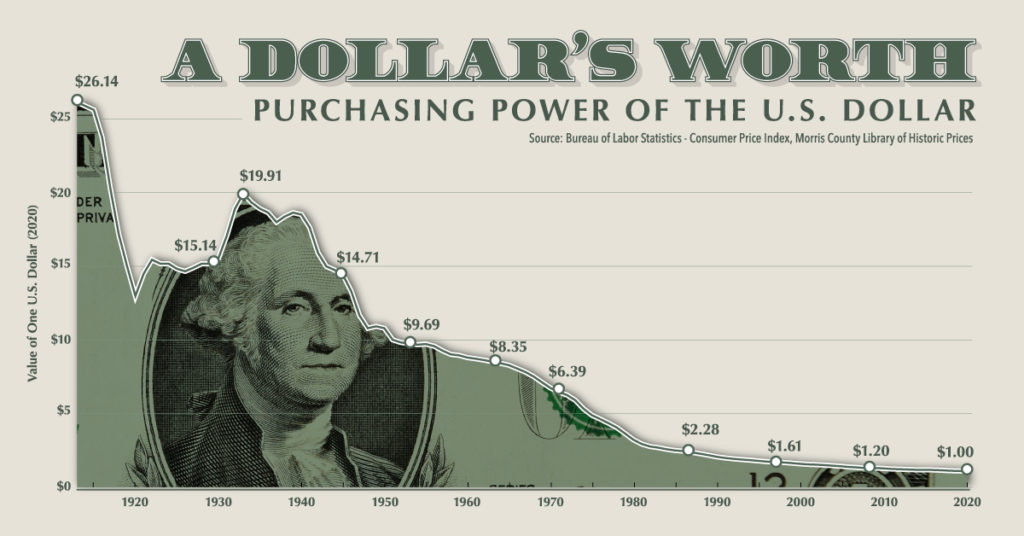 As we’ve discussed, gold and silver prices are affected by a few different factors, but the contributing factors shouldn’t cause investors to steer clear of these investments.  Rather, they should pursue these historically valuable investments, as the reasons for the current demand and higher prices should continue to persist.  Furthermore, precious metals tend to have a low correlation with most traditional investments, which provides diversification; potentially contributing to lower volatility and higher returns.

The experts at Atlanta Gold & Coin Buyers are familiar with all of the factors that affect the price of gold and silver, among other precious metals. We can help to guide you through the process of acquiring physical gold and silver, including the specific options that are best suited for your investment needs.