What You Need to Know Before You Sell Silver Dollar Coins

What You Need to Know Before You Sell Silver Dollars

U.S. silver dollar coins are some of the most iconic and collectible coins in the industry. They appeal to investors and coin collectors alike, as there’s a price point available for nearly anyone who is interested in collecting, investing, or selling silver dollars.

On the surface, it may not appear as though there’s much distinction between silver dollars, but that’s far from the case.

The most popular and traded dollar coins are Morgan silver dollars, which were minted from 1878 – 1904 and again in 1921, and Peace silver dollars, which were minted from 1921 – 1935. The 1921 Peace dollar differs from the other coins, as it was only produced as a high relief coin and was minted in limited quantities. Recently, the U.S, Mint produced 2021 Morgan and Peace dollars to commemorate the 100 year anniversary of the transition of the coin.

Trade silver dollars, Seated Liberty dollars, Draped Bust dollars and Flowing Hair silver dollars were produced prior to the Morgan dollar and tend to trade at higher rates due to some of the factors that we’ll address below.

What Makes a Silver Dollar Valuable?

On the surface, it might seem like the age of your silver dollar is the primary factor for determining its worth, but this isn’t necessarily the case. What matters most is often the number of coins that were minted. Though most Morgan and Peace silver dollars are high mintage coins, they trade at a higher rate than silver bullion coins or for their ounces of silver. In fact, many of them can sell for a substantial premium above and beyond the silver content in the coins.

The Peace silver dollars that sell at premium rates in circulated condition are the 1921-P and 1928-P. In high-end condition, these coins can be worth hundreds of dollars, so it’s important to have a general idea of the value of your items before selling silver coins.

Another factor that will impact the value when you sell silver dollar coins is the survivorship of the coins. Many dollars were initially high mintage coins; however, some of them were melted down in bulk to mint new dollars in subsequent years, leaving fewer coins in circulation.

An example of a coin that is more valuable due to its survivorship is the 1889-CC Morgan dollar. 350,000 of these coins were produced by the U.S, Mint, but it’s estimated that hundreds of thousands of these coins were melted down, making this a relatively rare coin.

Look Out for Wear and Tear

As mentioned earlier, the condition of your silver dollars also impacts the selling price. Even high mintage Morgan and Peace silver dollars will sell for a premium if they are in uncirculated condition. Additionally, some

common dollars are difficult to find in uncirculated condition due to poor strikes from the mint in a particular year.

For example, the 1884-S, 1883-S, and 1885-S Morgan silver dollars issued by the San Francisco Mint are notorious for being poorly struck. These three coins were produced in quantities of 1.5 million coins or more, which would make these common date coins. However, uncirculated examples of these coins are difficult to find and sell in the hundreds, if not thousands of dollars.

Considering the large discrepancy in values, we recommend that you only purchase these coins if they’ve been certified by professional coin grading services, such as NGC or PCGS. Look for coins that have an “MS” grade, which stands for “mint state.”

How Old Is the Coin?

Though we mentioned that the total number of coins minted often has a bigger impact, a coin’s age will also affect its worth. Plus, collectors will pay a premium for coins that have historical value.

One example is the Flowing Hair silver dollar, which was the first dollar coin minted in the U.S. These coins, even in relatively poor condition, are typically more valuable because of the demand for such a unique piece of American history. Speaking of history, it’s rumored that silver from George Washington’s silverware collection was used to produce some of the first dollars minted in the United States.

Once you’re familiar with your coins, we recommend that you do your due diligence before selecting a coin dealer. Oftentimes, finding a local dealer with whom you can build a relationship with is your best option.

As the leading coin dealer in the Atlanta area, we’re happy to buy and sell silver coins, gold coins, rare coins, and more. Receive more when selling coin collections to Atlanta Gold & Coin. To schedule an appointment with a member of our staff, call us today or complete our online form. 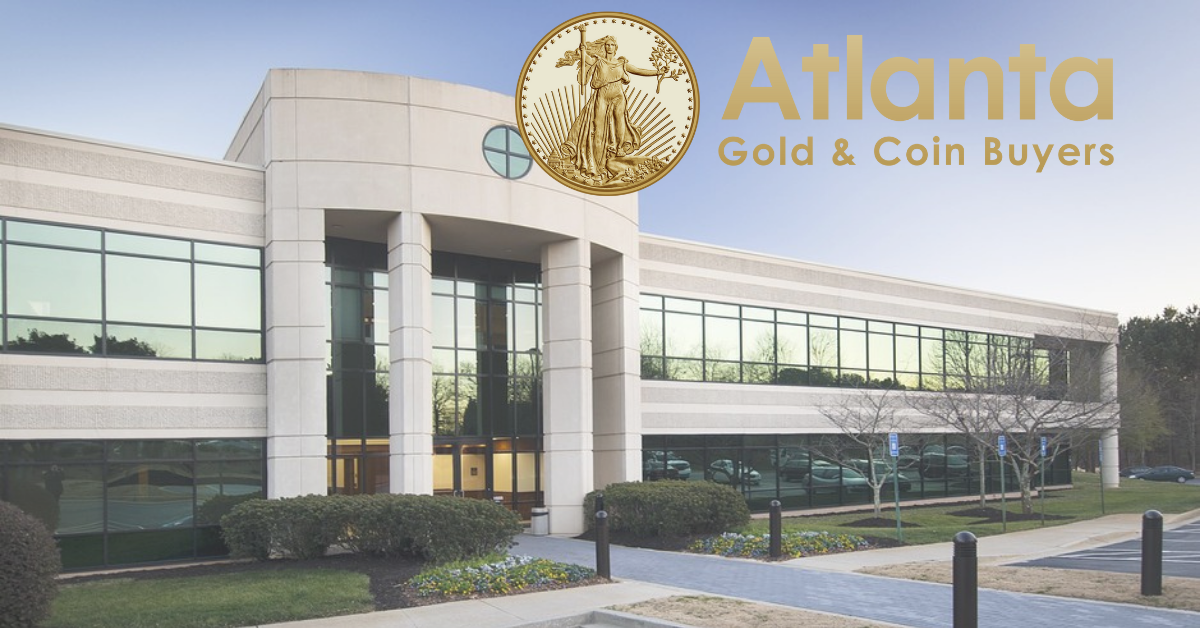