Off time - no update Will Will Gold & Silver Break Out?

When Will Gold and Silver Break Out?

When Will Gold and Silver Break Out?

One of the most common questions that we receive from our regular customers is “when will gold and silver break out?”  After all, conditions are ripe for a breakout, especially considering that the Federal Reserve’s asset sheet has ballooned nearly ten-fold over the past 15 years, bringing the current monetary base to unprecedented levels.

In fact, the amount of money printing that has taken place since the financial crisis of 2008 has been at hyperinflationary levels.  The only reason why we’re not currently experiencing mass or hyperinflation is because banks have parked their excess reserves at the Federal Reserve as opposed to lending funds to individuals and businesses.

Not only is the Fed’s balance sheet reason for concern, but home ownership is at a 19 year low, a record number of individuals dropped out of the workforce in April and GDP for the first quarter of 2014 came in at an anemic .1%.  In this article, we’ll further examine the state of the economy and highlight three potential catalysts that may cause gold and silver to break out of their malaise. 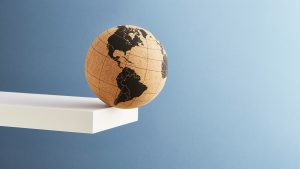 The world is currently fraught with geopolitical issues.  While Crimea has recently been annexed into Russia without military conflict, the situation with Russia is still tense, as troops continue to be stationed along the border.  Eastern Ukraine has also recently staged a referendum for self-rule and is appealing to be annexed into the Russian Federation, which is likely to cause additional threats of sanctions and potential clashes with Ukraine’s leadership and the West.

Not to be outdone, China and Vietnam are currently at odds over an oil rig that China is constructing in Vietnam’s territory.  This has resulted in anti-Chinese backlash in Vietnam, including the deaths of Chinese nationals and the destruction of their property in Vietnam.  China has begun to move troops to the Vietnam border with obvious threats of military engagement if the anti-Chinese sentiment continues.

Last but not least, Thailand has been taken over by a military coup with martial law being imposed, which has the potential to cause the entire country to implode.  Any of the above events, as well as other unmentioned conflicts, could escalate at any time, causing a flight to security, with gold and silver being likely candidates.

As mentioned above, GDP for the first quarter of 2014 fell well below expectations.  In fact, considering the potential margin of error of the report, it’s possible that we’re already one quarter into a possible recession.  Recessions are commonly defined as two consecutive quarters of negative growth.  Considering that earnings reports continue to disappoint, including slowdowns from such stalwarts as Wal-Mart, we could be teetering on the brink of a recession and possible sell off in the equity markets.  When investors panic, they typically resort to safe haven investments, such as bonds and precious metals.

However, at the moment, many financial experts believe that the bond market is in a huge bubble, so this traditional safe haven may be avoided.  Furthermore putting pressure on the bond market is Russia’s recent decision to sell a third of their U.S. treasury holdings, which has been offset by purchases from Belgium (thought to be a front for Central Bank purchases).  Expect them to completely divest of the balance of their U.S. treasuries shortly.  Not only is Russia moving away from U.S. debt, but China has been doing the same, recently entering into trade agreements with other nations, which won’t require the use of the dollar.

There is widespread belief that the gold and silver markets are being manipulated, and we’re slowly but surely beginning to see evidence that the “conspiracy theorists” may be correct.  Not only are there currently widespread investigations into the manipulation of markets, but companies, such as Barclay’s have recently been fined for participating in market manipulation.

Furthermore, the London Gold Fix, which has long thought to be a poor barometer of market prices, is shuttering its doors after 95 years due to its ineffectiveness and potential for manipulation.  Coincidentally, Barclays is one of five London bankers that are involved in setting the London Fix twice daily.

Some might argue that the fix has been in for a while, but fortunately for investors of gold and silver, the “Fix” will be out in just a few short months.  Other investment bankers who allegedly have been involved in price manipulation may begin to feel the heat and cease their questionable practices, which should help gold and silver break out of  their tight trading ranges and allow the metals to reach their true market prices.

Considering that the current price of gold and silver are close to their production costs, it might be a good idea to accumulate gold and silver at depressed rates before you miss the boat.  For additional information on the gold and silver markets, the economy and the coin industry, visit us regularly on our blog.