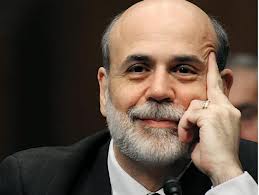 If you follow the commodities markets, you’ve probably noticed that there has been a good bit of volatility in the price of gold and silver leading up to the Federal Open Market Committee’s (FOMC) September meeting.  The Fed completed their two day meeting this afternoon and provided direction on their future monetary policy.  Contrary to the consensus of most economists and market analysts, the Federal Reserve decided to maintain course with their $85 billion a month bond buying program.  It was widely anticipated that the Fed would reduce their monthly bond purchases to $75 billion.  In fact, the market had largely factored in the anticipated announcement, with a recent decline in the price of stocks and precious metals leading up to the announcement.

Every six weeks the FOMC meets, and nearly all Fed meeting notes have been similar in recent months.  The Fed has repeatedly announced that they’ll begin reducing their bond buying program once unemployment reaches 6.5% and/or inflation reaches 2.5%, so they have remained true to their word.  Even with the reduction in the unemployment rate in recent months, the unemployment rate still remains well above the Fed’s targeted rate.  Additionally, inflation also continues to remain tame in the 2% range.

Why is it that there is generally at least one dissenting vote from the FOMC when the Fed announces its continued easy monetary policies?  It’s primarily because of the threat of inflation.  While there has been mass inflating of the monetary base (some might refer to it as hyperinflation), price inflation has remained relatively mild, as banks are hesitant to lend in the current environment.  If banks become more optimistic and begin lending, the inflated monetary base will quickly multiply, resulting in an increase in the monetary supply.  This will be compounded by the fractional reserve banking system, resulting in unacceptable inflation rates.  Gold and silver are among the top performing asset classes during high inflationary periods.

According to Keynesians, deficit spending and loose monetary policies will help to fuel growth in an economy, but it’s been approximately four years since the end of the recession and growth is still anemic.  This has occurred during a period where the Fed’s monetary easing has been unprecedented.  The loose monetary policies have been so ineffective that the Federal Reserve has recently reduced their growth projections for 2013 and 2014. Because the Fed’s policies have not worked, and will continue to fail, we don’t expect for them to take their foot off of the accelerator.  To do so would surely plunge the economy into a recession.  Continued monetary easing will not only increase inflation concerns, but will likely also reduce the value of the dollar.  The dollar is typically inversely related to the price movement of gold and silver, which should continue to bode well for precious metals.

At an official unemployment rate of 7.3%, we have a long ways to go before we reach 6.5%.  Of course, 7.3% doesn’t begin to explain the true employment situation in the United States.  A more appropriate figure is the U-6 number, which takes into consideration the unemployed, underemployed, and discouraged workers who have stopped looking for work.  This figure is currently at 13.7%, which is unlikely to improve in the near future, as individuals are dropping out of the workforce at unprecedented numbers.  This is illustrated by the 312,000 people who dropped out of the workforce in August.

Of course, if individuals who are currently out of the workforce believe that prospects are improving, they’ll begin actively looking for employment, which will increase the official unemployment rate. Considering that short term interest rates remain near 0%, mortgage rates are still well below the historical average, and growth remains tepid, there don’t appear to be any catalysts on the horizon that will dramatically improve the employment situation in the U.S.  A weak employment situation will likely cause the Fed to maintain their current policies.  This will continue to raise inflation concerns, keep the value of the dollar down, and for the reasons mentioned above, should translate into strong gold and silver prices.

In summary, we believe that gold and silver investors should ignore the short term noise provided courtesy of the Federal Reserve and instead pay attention to market fundamentals.  We believe that loose monetary policies in the form of quantitative easing will continue to stoke inflation concerns.  Furthermore, considering that the Fed’s policies have had little to no impact on growth and the unemployment situation, we believe that they will continue to keep their foot firmly on the accelerator.  The alternative is to tighten monetary policy, which would plunge the economy into another recession.  All of the aforementioned factors should continue to bode well for the gold and silver markets for the foreseeable future.