There’s a huge black market for counterfeit money, from fake gold coins to fraudulent $20 bills. Fake currency is so hard to spot that it sometimes eludes bankers, but expert gold and coin dealers can generally spot a fake. As technology has improved, the U.S. Mint has had to employ new anti-counterfeiting measures, like the ones below, to make it harder for people to print fake money. 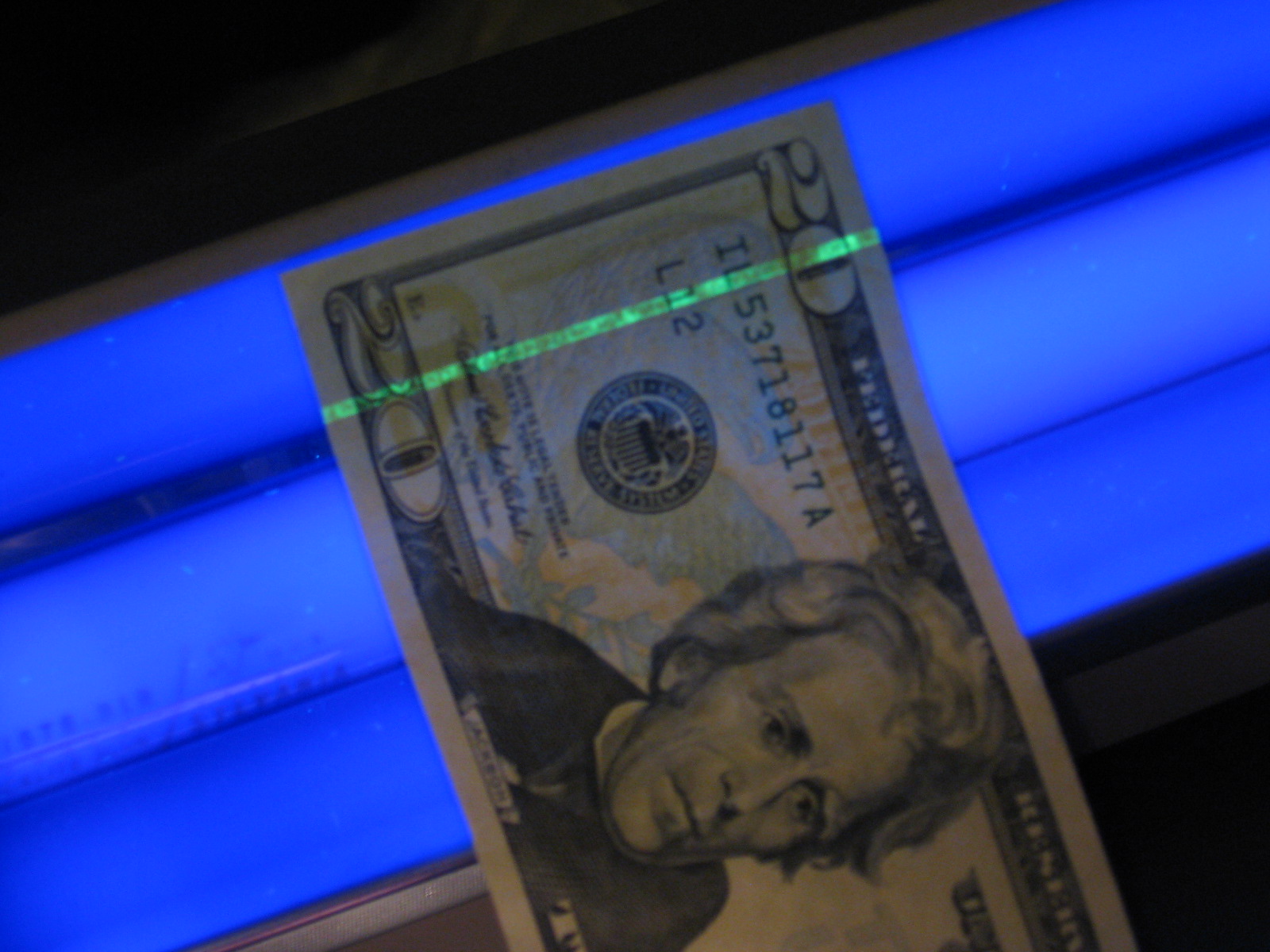 The $20 bill is the most commonly duplicated bill in the U.S., but criminals abroad prefer to duplicate those $100 bills. The Benjamins are printed using a color shifting ink with metallic flakes, which shifts the ink color from black to green when holding the bill at different angles. If the ink doesn’t change colors at different angles, odds are it’s fake.

This is one of the best-known anti-counterfeiting measures employed by the U.S. Mint, and it’s one of the most effective. A small security thread is woven into the bill, running from top to bottom and printed with the currency amount. It can be seen when held up to the light, and it glows a certain color respective to each bill when held over an ultraviolet light.

Those solid lines or shading found on bills? They’re actually words printed in such a tiny font that they appear to be solid lines unless viewed under magnification. Those who still can’t tell might take their bill to a gold and coin dealer, who can evaluate the authenticity of the bill. The Mint employs this technique because it’s extremely difficult for people to reproduce at home.

It’s not just bills that are duplicated; many criminals have also tried to produce fraudulent coins! Unfortunately, some people who think their coin collections are worth thousands visit a gold and coin dealer only to find that their most valuable coin is a fake. Atlanta Gold & Coin Buyers are experts, and we can evaluate your collection to make sure you don’t have any fakes. Call us at 404-236-9744 to schedule an appraisal appointment with Atlanta’s most transparent gold and coin dealers, or contact us for a mail-in appraisal.