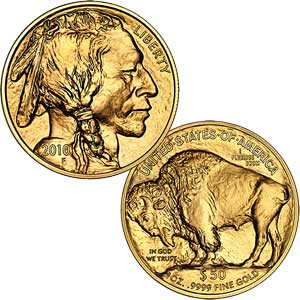 Atlanta Gold & Coin Buyers, Atlanta’s leading coin dealer, has received a brand new inventory of exciting gold coin offerings that are sure to go quickly.  Considering that gold is currently at $1,300 an ounce, which is close to the cost of production, and tensions in Ukraine appear to be escalating by the minute, it appears as though gold is poised for a breakout.  Without further ado, below are some of the most recent offerings from Atlanta Gold & Coin Buyers

Last but not least, we have a new inventory of 1 oz Austrian gold philharmonics in addition to the aforementioned 1 oz American gold eagles and Canadian gold maple leaf coins. These coins may possibly have the most stunning images out of the previously mentioned coins and are 24k pure gold as well.  The Austrian Mint was founded in 1397 and has continued to mint some of the most stunning gold and silver coins throughout its history.  Considered one of the leading gold bullion coins, Austrian gold philharmonics can be purchased at similar rates to the Canadian gold maple leaf.  Their wider diameter and reduced thickness adds to their visual appeal.  Once you purchase your first Austrian gold philharmonic coin, you’ll likely be back for more.

The above are just a sampling of the gold coins that Atlanta Gold & Coin Buyers has in stock.  We also regularly keep in stock American gold eagles (of all denominations), South African gold krugerrands, $20 Liberty Head gold coins, St. Gaudens double eagles, British gold sovereigns and gold francs, just to name a few, so don’t hesitate to contact us regardless of your gold coin needs.  We look forward to hearing from you and earning your business!