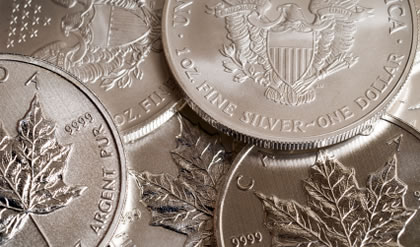 Atlanta Gold & Coin Buyers is excited to announce that we have a number of new gold and silver coin offerings that we’re selling at industry leading rates.  Below is a small sampling of some of the most popular items that we’re currently offering:

We recently acquired a number of 25 coin count tubes of Canadian silver maple leaf coins, but have already sold out of nearly a third of our stock.  We don’t receive these coins in stock very often, and when we do, they’re typically one off purchases.  Rarely are these coins available in the original government issued tubes, so we don’t expect them to remain in stock for long.  Additionally, they’re slightly more affordable than American silver eagles, which makes them appealing to the cost conscious silver investor.

For fans of Canadian issued coins, we also have a couple of Canadian gold eagle coins in stock.  These are the most popular 24k gold coins worldwide and are personally one of our best sellers.

American silver eagles have been one of the most difficult silver coins for us to keep in stock over the past year.  Fortunately, one of our silver suppliers recently sold us a couple of monster boxes, which we’re quickly depleting due to high demand.  We recommend that you act quickly before we completely sell out of our stock of silver eagles.

90% silver coins, also referred to as junk silver coins, continue to remain one of our best sellers.  In fact, we buy and sell more 90% silver dimes, quarters, and half dollars than any other coin.  Due to the relatively low price per coin, we sell these coins in bulk, such as in $50 and $100 face value bags.  With the price of silver currently less than $20 an ounce, these coins can currently be had for a relative bargain.

The above are just a small sampling of the coins that we have in stock, so if there’s anything in particular that you’re interested in buying or selling that we haven’t highlighted above, don’t hesitate to contact us.  We can be reached at 404-236-9744 or via e-mail at sales@atlantagoldandcoin.com.  We look forward to hearing from you and earning your business!